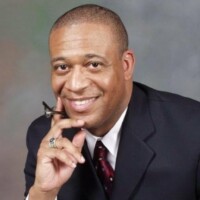 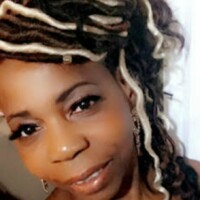 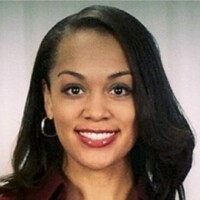 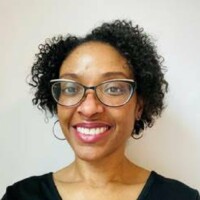 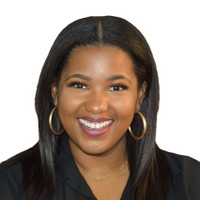 Mr. Bell’s career began as the Coordinator of Intercultural Services at the University of North Texas (UNT) located in Denton, Texas.  He was the youngest person ever to assume the title.  In this role, Mr. Bell coordinated recruitment and retention strategies for over 3,000 students of color.  Under his leadership, the office became one of the most visible and influential on campus.

After serving for four years at UNT, Mr. Bell was recruited by with INROADS/Dallas-Fort Worth.  While with INROADS, Harold served in a managerial capacity over the areas of recruitment, student development and corporate relations.

In April 2010, Mr. Bell and his staff received the Spelman College Exemplary Customer Service Award for outstanding service to the Spelman community and its constituents.  The following year in August 2011, The Princeton Review ranked Spelman College #12 in its “13 Colleges With The Best Career Services” ranking.

Mr. Bell holds both a Master’s degree in Adult and Continuing Education, and a Bachelor’s of Business Administration degree from the University of North Texas.   He actively serves in his church, Word of Faith Family Worship Cathedral, as a deacon; former ministry leader for Christian Education; and small group bible study facilitator.

Jennifer James is the Career Planning Assistant in the Office of Career Planning and Development at Spelman College. In her current role, Jennifer is the primary point of contact for employers and recruiters seeking to engage Spelman College students through on-campus and virtual recruiting events, workshops, employment and internships opportunities.  Jennifer participates in recruitment sessions and career fairs across different HBCU sites, attracting qualified undergraduate students and alumni candidates. Jennifer utilizes the Handshake portal to schedule interview slots for employers, approve employers, jobs and events. To additionally aid with marketing recruiting events and career opportunities to Spelman students, Jennifer distributes a Weekly Recruiting Calendar on Fridays to the entire student body via email blast as well as social media platforms.

A native of the strikingly beautiful island of Jamaica, West Indies, Jennifer migrated to New Jersey where she earned an Information Technology Administration Professional Technical Diploma from Computer Learning Institution.

Jennifer’s extensive professional experience spans several decades in the Biotechnology, Pharmaceutical and Higher Education arena. In her role as Sales Analyst at Amersham Pharmacia Biotech for over 15 years, Jennifer was instrumental in collaborating with team members in constructing sales report models to calculate sales commission, analyze sales trends and forecasts, resulting in saving time and efficiency.

Jennifer accepted an opportunity with Higher Education at Rutgers, The State University of New Jersey, to focus on Nutritional Sciences Education operations support to predominantly underserved communities for 7 years, before relocating to Georgia and joining the CPD team at the illustrious #1 HBCU, Spelman College.

Dalayna Johnson, MA, PHR, currently works as the Student Employment Coordinator and oversees the operational activities of students’ campus-based employment, including Federal Work Study (FWS) positions, institutional funding positions (General College) and special employment experiences like the FWS Experiment and summer employment. She received her Bachelor of Arts in Psychology from Spelman and Master of Arts in Clinical Psychology with a focus on Health Psychology from the University of Kentucky. Prior to joining the staff at Spelman in 2010, she worked as a human resources manager and senior recruiter within the hospitality and legal industries.

Shantoria Vance has a passion for supporting and seeing others thrive personally and professionally.  This passion has led her to a career of service to others.  With over 10 years in higher education, much of her career has centered on helping countless students attain academic and career success.

After graduating from Spelman College with a BA in international studies, Shantoria began working at Lansing Community College (Lansing, MI), where she served as adjunct faculty for the Student Leadership Academy and an admissions recruiter and historically black college and university (HBCU) coordinator for the HBCU transfer program.  In this role, Shantoria helped facilitate updates to HBCU transfer articulation agreements, advised students as they transferred to HBCUs, and co-advised the Atlanta University Center Transfer Club.

In 2012, Shantoria returned to her alma mater as a staff member in the Office of College Relations where she managed the campus Welcome and Information Center and supported the planning for signature events focused on increasing student and alumnae engagement.  In January 2020, Shantoria joined the Office of Career Planning and Development where she currently serves as a career planning coordinator and supports the department in creating graduate and career opportunities for students.

Carrier is the leading global provider of healthy, safe and sustainable building and cold chain solutions with a world-class, diverse workforce. Together, we can build a brighter future with confidence.